I need a bike ride. I am swirling in a medical vortex. My back is out. I can’t stand up straight. My face is peeling. My skin is red. The negative biopsy result on the growth behind me ear did not convince my dermatologist that I don’t actually have cancer. She did another, deeper biopsy. I’ll know in two weeks. I go to the hand surgeon tomorrow. At least today’s dentists visit was uneventful.

And of course, with my back out and all these doctor visits, I haven’t ridden my bike since Sunday.

There was one cycling development that happened recently. In 2007, I did the 50 States ride for the second time. I started the ride with my friend Paul. At the first rest stop in Anacostia Park, Paul struck up a conversation with a woman participant. Paul was eating gorp, a bag of assorted munchies that was melting in the brutal August heat. Florencia was eating almonds. I took their picture. Let’s just say it’s laughably unflattering. 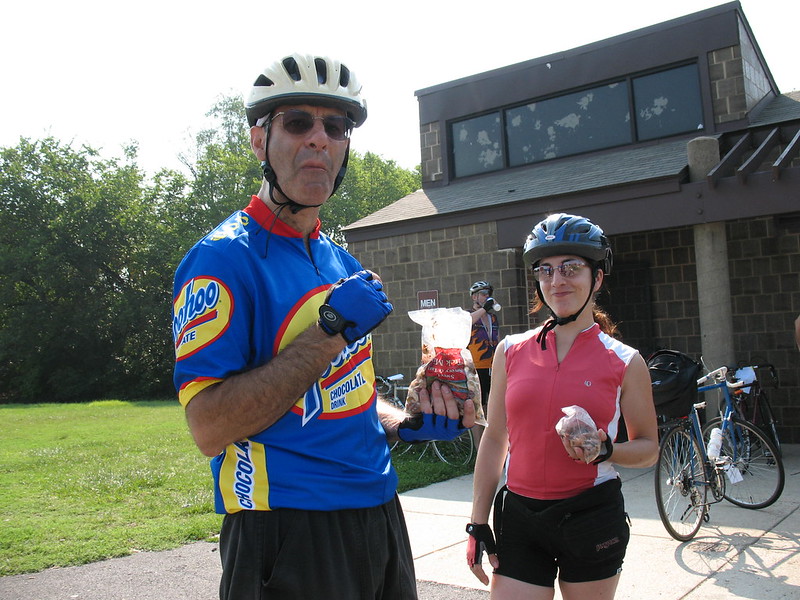 We rode together for a few miles. Paul stopped for lunch and succumbed to the seduction of air conditioning. Flor and I pedaled on. At a 7-11 on Hawaii Avenue we picked up Shane and Adam. We continued the ride as a quartet until Flor and Adam abandoned us in Rock Creek Park. Flor finished the ride. Adam was DNF. ( think he had to hurry home to eat some quiche.) Shane and I finished together. She went off to an after party where she met Jeff. I went home.

I did 50 States again in 2010. Again it was hot. So having done it three times (my first being on another blazing hot day in August 2006) I retired.

Until Flor contacted me. She had some friends who wanted to do the ride in 2011. Reluctantly I agreed. Flor brought her friends Veronica, Amy, and Richard. We added Jeff and Paul and we had us a posse. We made it to the halfway point when Flor and Amy abandoned us. We picked up a guy named Tito and headed off for the rest of the ride. Veronica and Richard who were new to the ride where having a blast. Their enthusiasm was contagious. It ended up being one of the best days I’ve ever had on a bike. 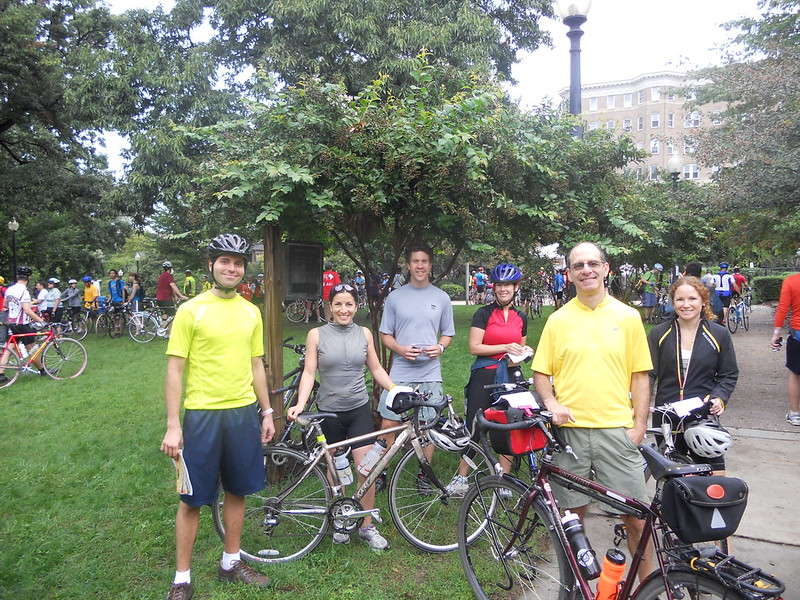 Then she came back, Florencia recently returned to DC after a year and a half overseas. She and I attended a happy hour put on by the Washington Area Bicyclists Association last week. During a long conversation we discussed how the city had changed so much she hardly recognized it. I reminded her that we had ridden right past the bar during her last 50 States ride.

“We should do a reunion ride.”

“You abandoned me twice.”

“No, This time I will ride the whole thing with you. Promise.”

What can I say? I am weak. I agreed to ride with her.

Apparently, Facebook agreed. I did that “lookback” video thing the other day. The very first picture is the one of Paul and Flor from the 2007 ride. Later in the video is an over-my-shoulder shot of Veronica from the 2011 ride. She looked like she was having a blast. And she was. 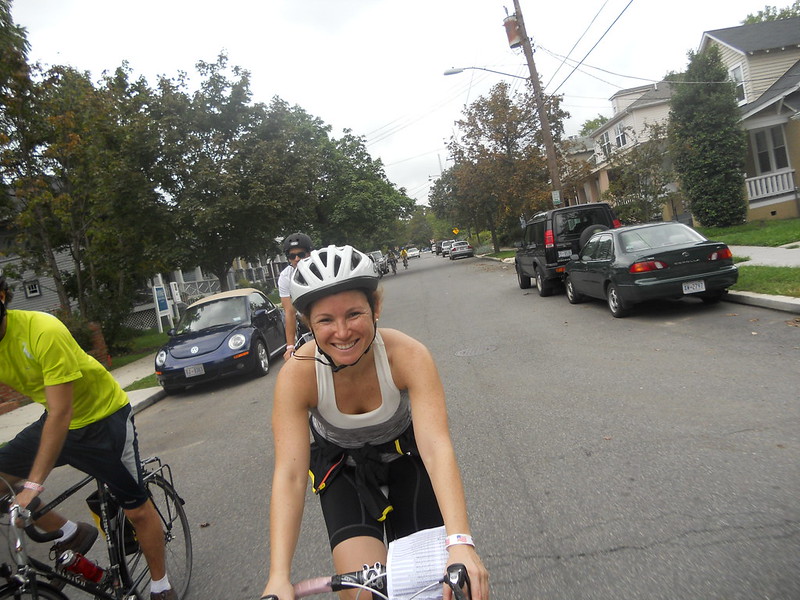 I think the cycling gods have had their say. We ride again in 2014.

Jeff is on board.We may not be able to get Richard to fly in from Puerto Rico. I need to work on Paul. And Shane. And Amy.

And there’s a certain hill-climbing chemist who needs to do this ride.

Maybe WABA will give us a group rate.

As I said, I need a bike ride.

One thought on “50 States Again”