As every baseball fan knows, baseball is a religion. What better way to spend a Sunday than to go to church with a true believer? And so I did.

I hopped on The Mule just before 10 am and started toward DC. I bypassed the Mount Vernon Trail for the hillier Fort Hunt Road. I needed to swing by Spokes Etc. in Belle View to get some information about a broken piece of plastic on my brake lever.

Karl looked my brake lever over and said that the piece of plastic was cosmetic and not something to worry about but the fact that my handlebar was bent was another issue altogether. I’d thought that my brake lever was out of alignment but it turns out that the section of handlebar to which it is attached was toed in. The broken piece of plastic and the bend in the handlebar both probably are the result of a crash a few weeks ago, Winter ice, the gift that keeps on giving.

I decided that the handlebar issue is something that I can deal with another day and headed out for DC, this time on the MVT. It was surprisingly uncrowded. I had expected to be dodging all kinds of people but the cooler temperatures must have scared people off. (Also, this being Sunday morning, many folks are in an actual church.)

When I arrived at Gravelley Point I stopped to take in some serious Wiffle Ball. They had a fabric fence for home runs to be hit over. Better still there was a rectangular backstop on a short post that acted as a home plate umpire. Pitches that hit this strile zone backstop were deemed stikes. Cool idea. 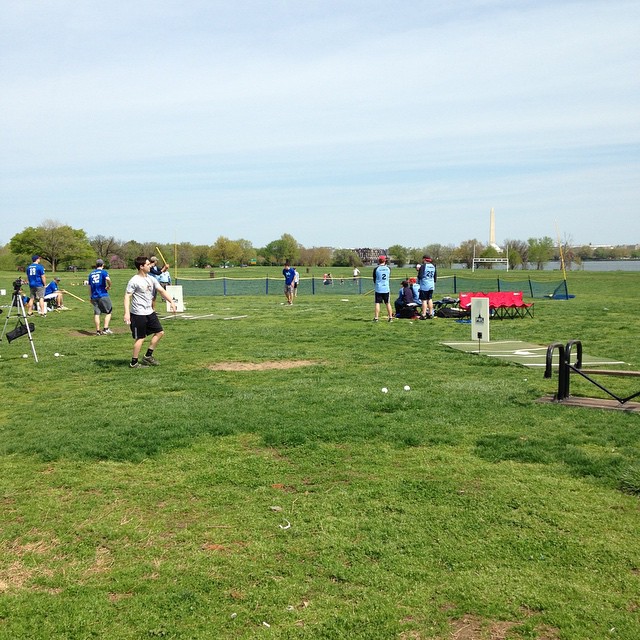 After watching a few planes take off, I rolled onward toward DC. I checked out the national mall and hung a left on 7th Street. Soon I rolled up to BicycleSpace. I wanted to talk to Rachel “Don’t Call Me Bob” Cannon about a friend who is looking to buy a bike to start commuting on. Ted (a.k.a. @MrTinDC) was hanging out with some folks about to do one of BicycleSpace’s many social
rides. Ted told me that Rachel had just left to go to a concert, carrying her viola on her bike. I wish I had seen it. 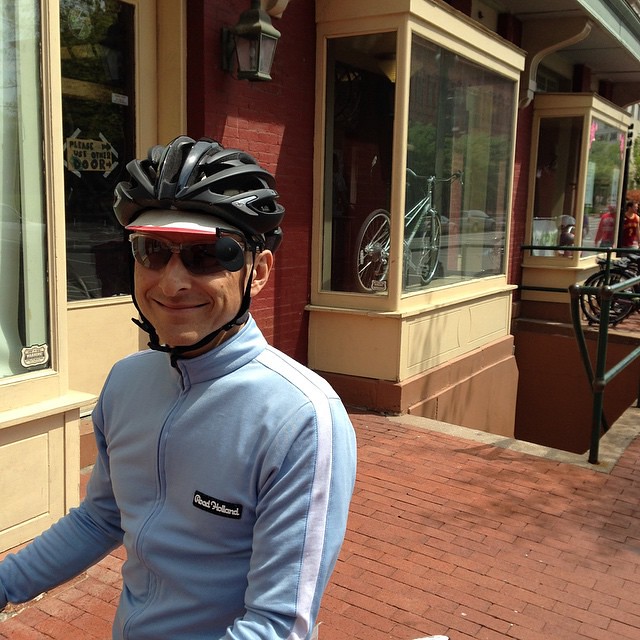 Ted and I decided to ride in the general direction of Nationals Park. He veered off near HUD and I headed to the ballpark.

At the ballpark I gave my bike to the bike valet folks. 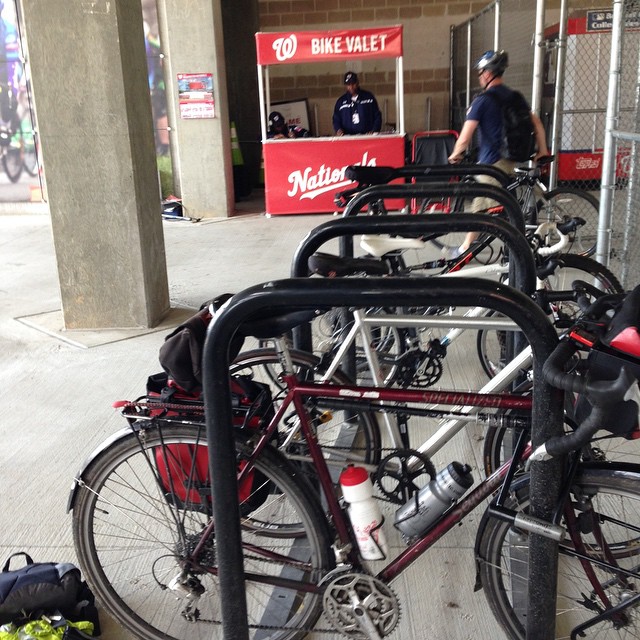 If you are thinking of driving to a Nationals game, be prepared to pay through the nose for parking. One lot near the stadium charges $40. The bike valet is free (tips for the staff are voluntary but encouraged.) I did a short walk to people walk then headed into the stadium. There is something about taking in the green of a ballfield that calms the soul. I sipped a beer and just took it all in from beyond the centerfield seats. Ahhh.

Having had my soul calmed, I headed to my seat. Katie (@flyinghovertrout) had bought the seats and invited me to join her. Our seats were actually cushioned folding chairs on the third level directly behing the Nats dugout. Good view + happy buttocks = good seats.

Katie is a serious Nats fan: “Today is Sunday and this is church.”

She has a thing for Jordan Zimmermann who pitched yesterday. There is no truth to the rumor that JZ has gotten a restraining order. Yet.

Katie keeps score in a pristine scorebook. I mean it is a thing of beauty. The scorebook I kept for my highschool team was pathetic by comparison.She’s an actual artist. Mama, don’t let your babies grow up to be economists.

The game was a by the numbers Nats win over Philadelphia.

Afterward we went to the bike valet. Katie goes to so many games that the bike valet staff know her by name and she them. One day last year they admired her red Nats socks so, at the end of the year, she bought them some. (In contrast, I don’t buy socks for myself, let alone ballpark staff.)

We rode up to the Capitol to do what Katie called her victory lap. As I said before, she doesn’t actually ride through the urban landscape, she flows through it. Around this barrier, onto the sidewalk, around this car, and that pedestrian. Fluid.

We parted on the east side of the Capitol and I headed home under increasingly cloudy skies. I took my time and cruised downed the MV, still surprisingly empty for such a nice day. 34 miles and a few sprinkles later the day was done.

Thanks for taking me to church Katie.