The day began with me wondering how I’ve finally gotten used to sleeping in a tent. 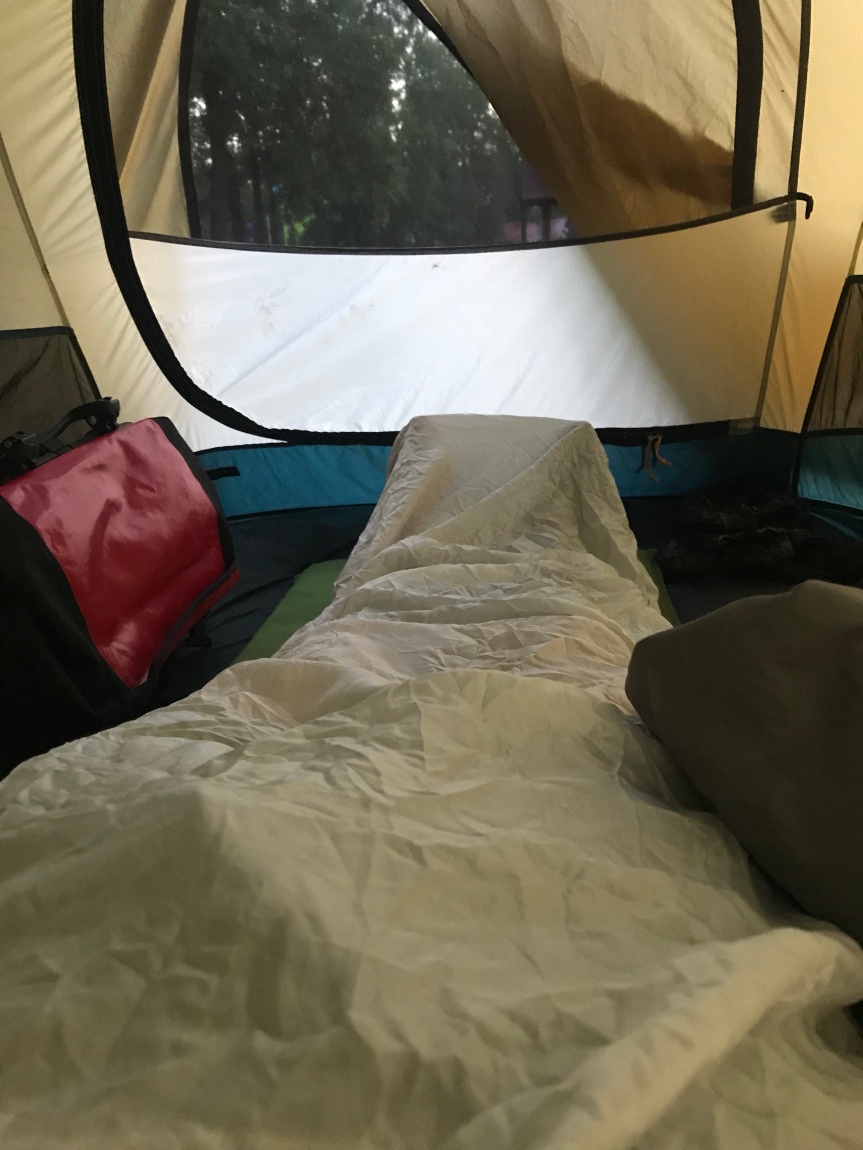 I broke camp and headed to the local diner which was on the short side of mediocre but the only game in town.

I sat at the counter and talked with an old man who spent his life making drag lines. I looked it up later. Suffice it to say, drag lines are one of those things you didn’t know had a name but are used in big construction projects.

Off I rode after bidding adieu to Salem Sue who is one of those inexplicable roadside attractions that make America surreal.

The route goes on I-94 but most people take a dirt road instead. The shoulders on I-94 are 10 feet wide and paved. Some genius at the North Dakota DOT put rumble strips across all ten feet. If you rode the entire 10 miles of the route on this, you could forget about having usable personal parts for a year or two.

The dirt road was a little bumpy. I was concerned about breaking a spoke so I took my time. The scenery was splendid. Whoever said North Dakota is boring got it totally wrong.

One downside to the dirt road was the cloud of dust that was kicked up by passing trucks. I pulled out my bandana, which I had hoped to use to rob a bank. There were no banks just my rather delicate lungs. 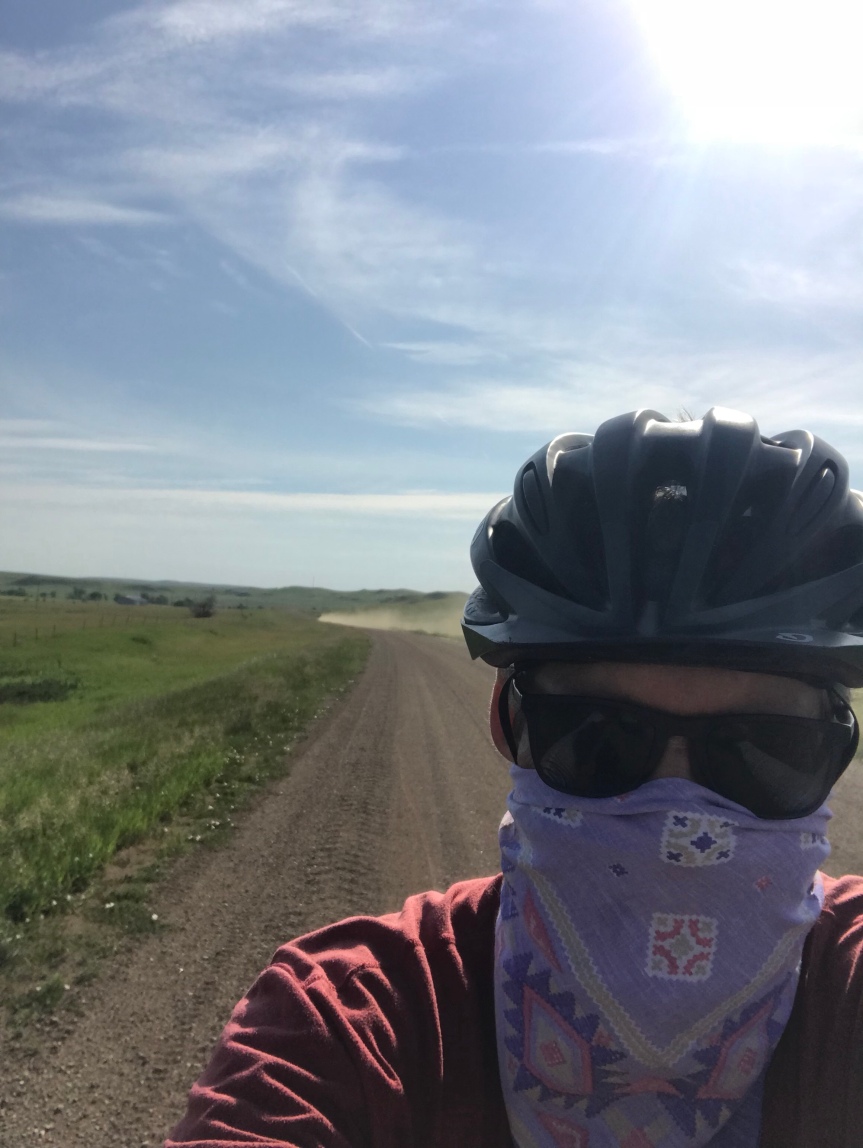 Along Big Dirt Highway I passed my second Twin Buttes. I figure if both DC and Baltimore can have a Washington Monument, North Dakota can have two Twin Buttes. This one did not have an ugly McMansion in the middle. 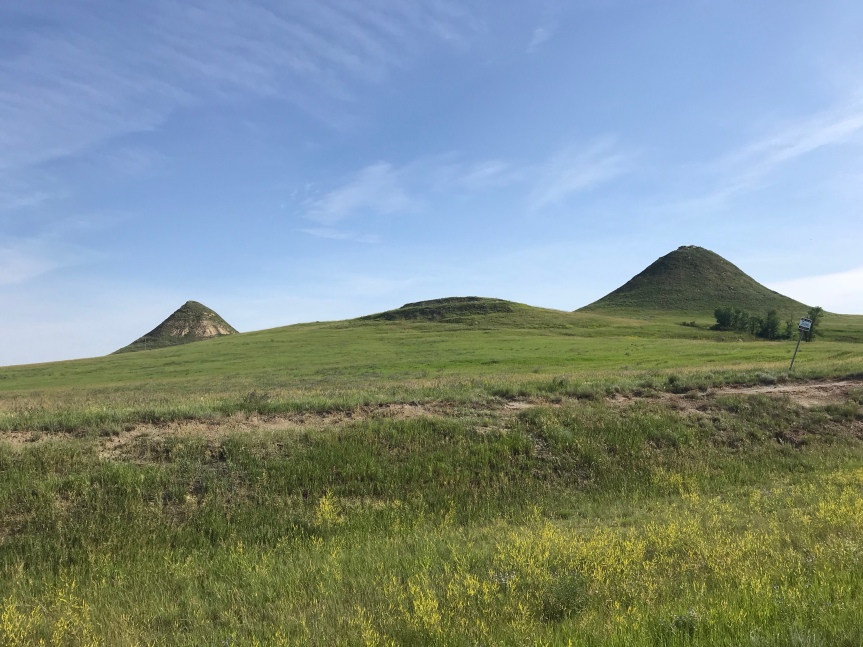 Once back on pavement I rode into Glen Ullin where I snacked in the shade of a gas station convenience store. Up pulled an eastbound tandem pulling a trailer. Gail and Bill Buckley were riding to somewhere on the New Jersey shore. 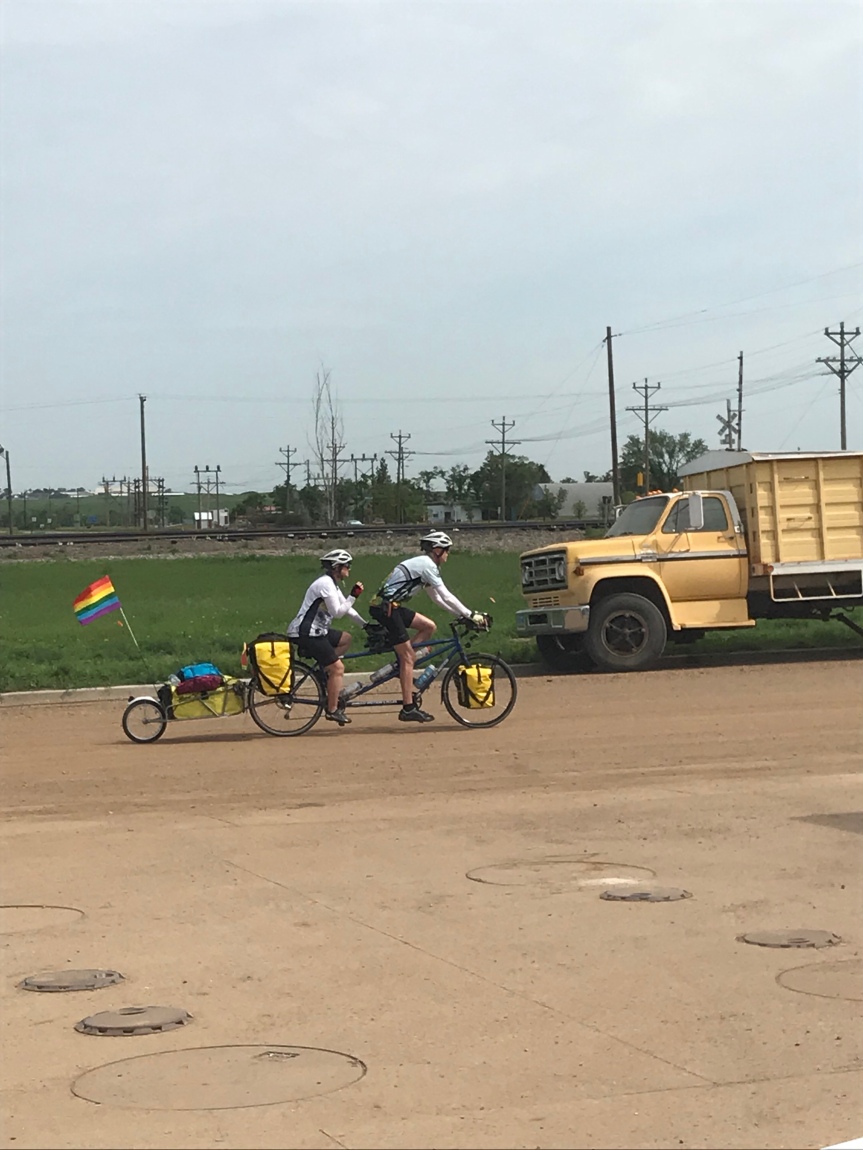 Back on the road the ranchland gave way to farms. I guessing this yellow stuff was mustard. (Post tour note: It’s alflafa in bloom. Pollinated by the bees owned by the owners of the Honey Pot bike shelter in Gackle.) 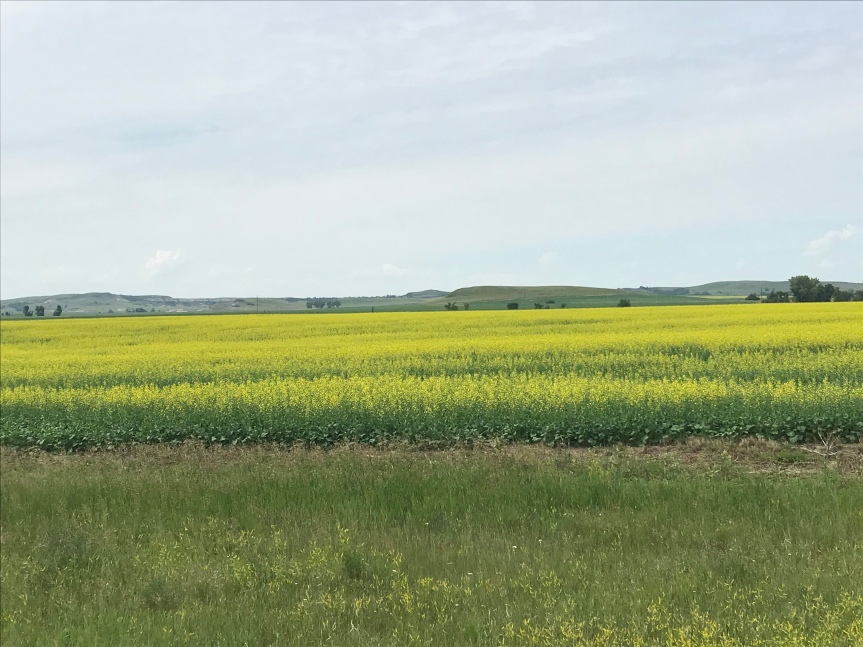 I rode into Hebron and saw bricks being staged for transport on trains. I went into Pizza Pantry and had lunch. As I was paying the proprietor, gave me a small brick so that I’d always remember the Brick City. We agreed that it would be too heavy to haul all the way to Seattle so we settled on him taking my picture with it.

The road to Dickinson passes through Taylor. I saw an interestingly weathered old building with a note on the front door. Condemned. As I read the note I could see that the structure was crumbling away.

The last ten miles featured a hill that went on for miles. At the top we’re two geodesic domes under construction. They looked a bit like the space ship from Lost in Space. 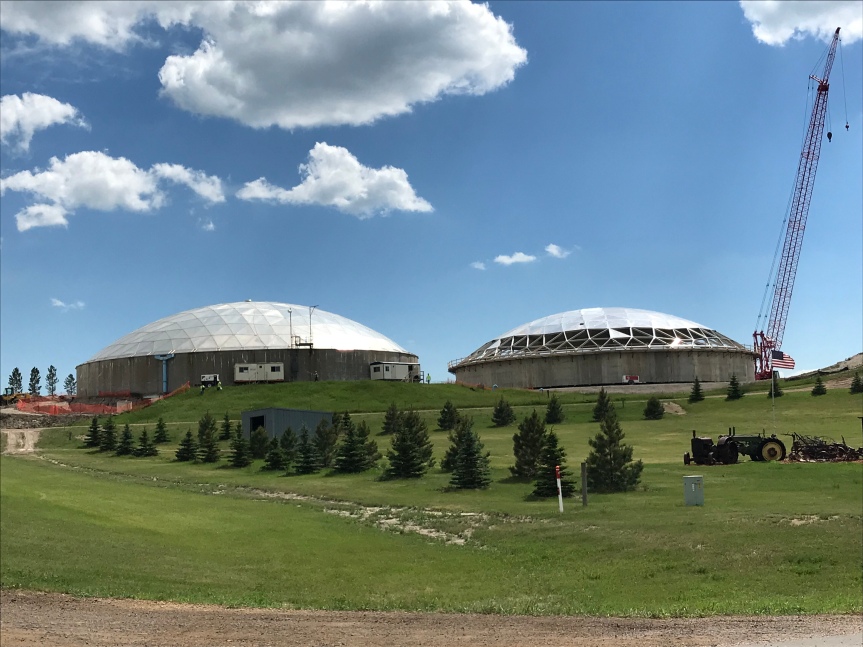 Dickinson is a bustling town of about 18,000 people. I decided to check into a hotel to clean up and do laundry. Then I went out and had a massive dinner of salad and jambalaya. I can barely move.

Medical update: The compression sleeve did the trick. My left calf is now almost back to normal size. It doesn’t seem to like confinement though. It’s been itching and sending me little pain shocks all day. Small price to pay, I suppose.

Sociology observation: The people of North Dakota are incredibly polite. It’s a bit hard to get used to. Also, they are whiter than a cue ball, both in terms of complexion and demographic make up. I’ve seen one person of color since Morehead Minnesota.

Chronological note: My maps said that I crossed into the Mountain Time Zone after Hebron but the next set of maps says the time line is the Montana border. Either way my body is still inexplicably on Eastern Daylight Time.