After three days off the bike, I took a short ride in the wind to get my legs back.  Before heading out I stopped to check out the flowers and blossoms in my yard. Mrs. Rootchoppers flower garden is going great guns and my lilac bush is blooming. I have to walk past the lilac bushes to get to my bikes. I walk through an invisible wall of lilac fragrance. Love it.

I rode to the Mount Vernon Trail and stopped at the Morningside bald eagle nest. An eagle was perched on a branch in the tree. About a half mile of wind later, I stopped to check out a big nest that seems to be getting bigger on a tiny island in Dyke Marsh about 100 yards from the trail. This area is getting crazy crowded with bald eagles.

I made my way to South Royal Street in Old Town. The Woodrow Wilson Bridge underpass was clear but the part of the trail that swerves around the security barrier on Royal was obstructed by a fallen tree. The League of American Bicyclists designated Alexandria a bicycling friendly city a few years ago. They must not have high standards. 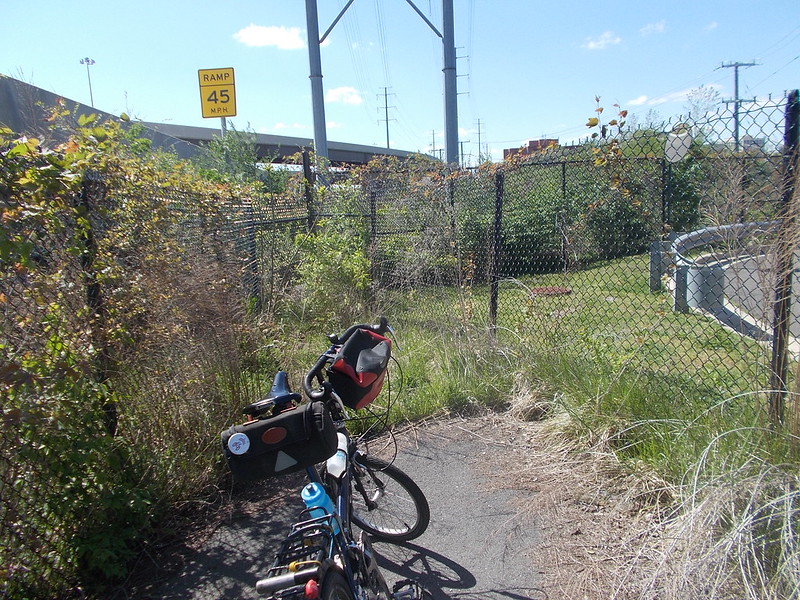 After getting back on course, I decided to check out the southern end of Payne Street. It dead ends at the underbelly of the US 1/I 95 concrete circus. There’s a paved trail at the end of the street. A sign warns that the trail dead ends in 1/4 mile. It occurred to me that only an idiot would build a trail to nowhere so I had to verify that it did, indeed, go nowhere. Sure enough it does. But that’s okay because Alexandria is a bicycling friendly city.