The clerk at the motel gave me a roll of 8 plastic bags to put my stuff in so I don’t think there will be any more water problems.

Yesterday The Mule passed another milestone. 47,000 miles. He gets extra oats tonight.

After eating mass quantities at the hotel breakfast bar, I hit the road from Prairie du Chien thinking I had 77 miles to ride. It turned out to be 63.5, all on Wisconsin’s Great River Road along the Mississippi River. The river is mostly a protected area in these parts so there wasn’t much motor boat noise. The road, a two lane highway, wasn’t nearly as peaceful. There were trains every 20 or 30 minutes, and car and truck traffic which increased throughout the day.

I could occasionally see the terrain in the western side of the river. It was very hilly. I cruised along headed north with a tailwind. River and railroad to my left, bluffs to my right. It was hazy until 12 a.m. so the views were rather muted. I can’t complain. Tailwind, riding in the shade, temps in the 70s. 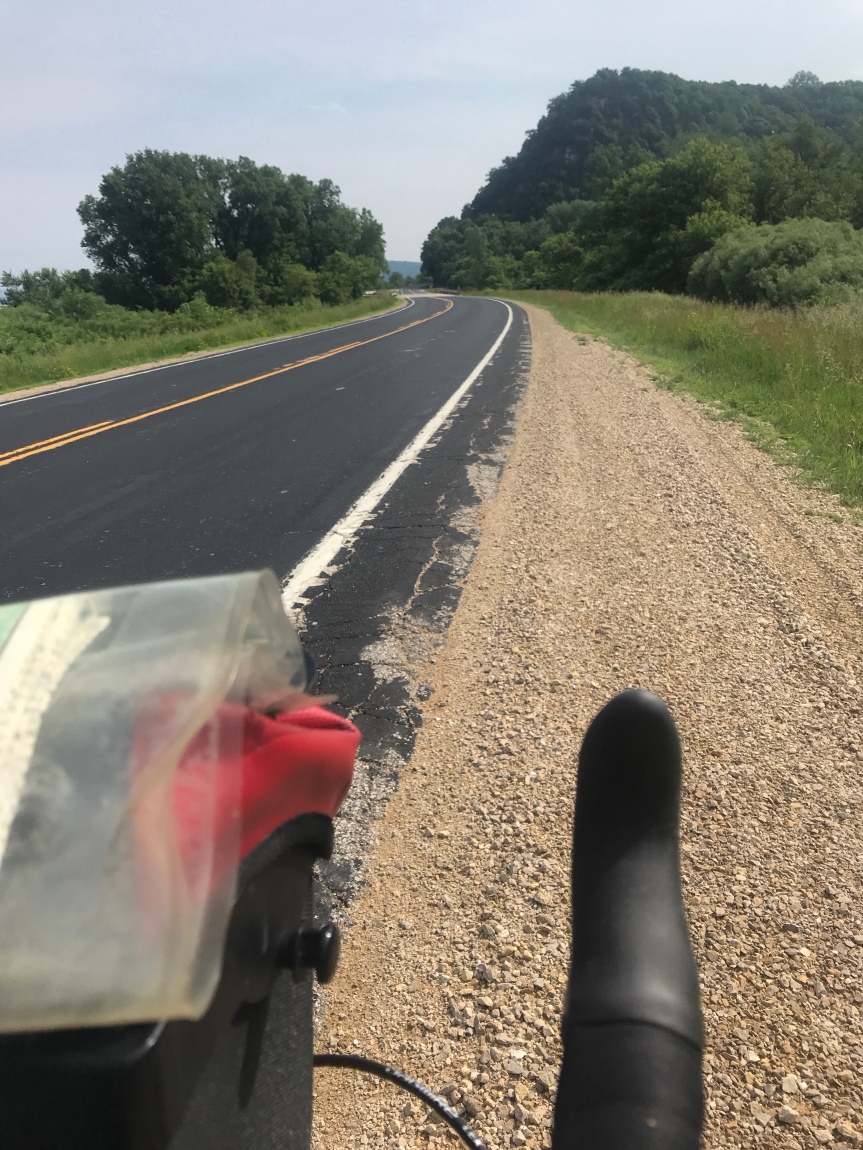 I pulled into a gas station. The sign indicated I was in Wisconsin. For the record I have yet to try cheese curds. They are to Wisconsin what boiled peanuts are to North Carolina. 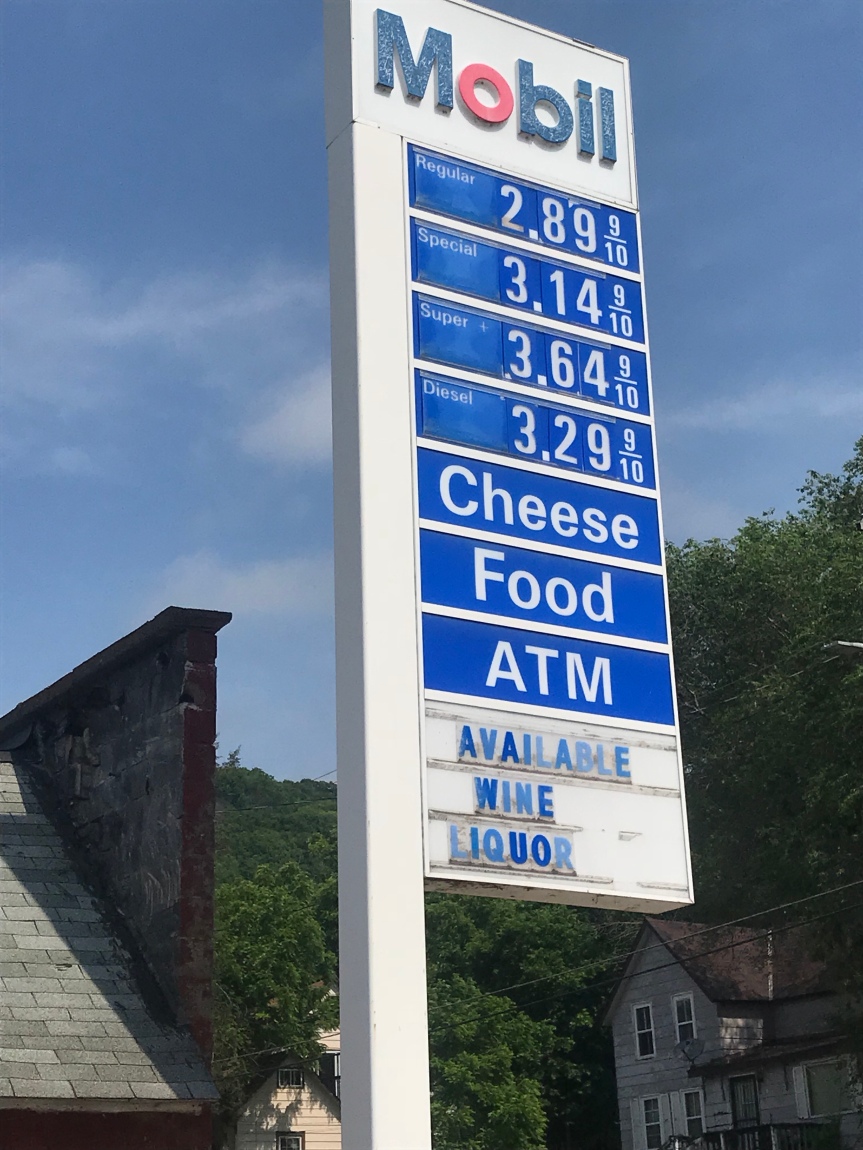 A few other signs caught my eye during my ride.

The views were well worth the increasing traffic as the day wore on. 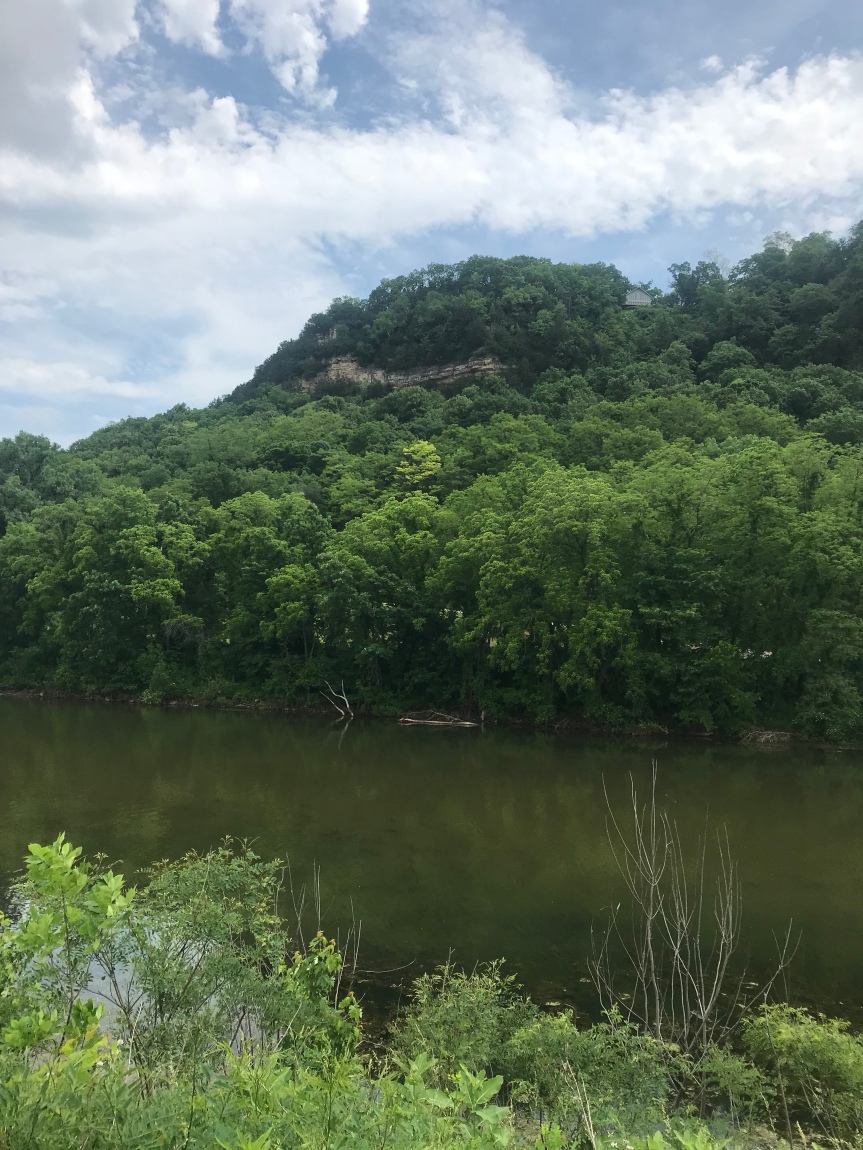 At 3 I arrived in La Crosse Wisconsin which is only 62 miles from Prairie du Chien. With rain approaching I once again forgot about camping and headed for a hotel. Apparently La Crosse is a happening place this weekend. Most hotels in town that I could afford were sold out. The desk clerk at the sold out Courtyard found me a hotel that had a vacancy. It’s called Settle Inn. It’s still being built but what’s finished is quite nice.

There’s a guest laundry which was very much in need. And there is a restaurant next door.

Speaking of next door, Minnesota is now across the river. Iowa it was nice knowing you.