I woke before the sun and waited for the rain to stop as it pitter pattered on the roof of my cabin.

If I went and the rain returned in the form of mist with a dash of fog. I wore my reflective vest (thanks Bike Arlington) for visibility.

My day began with a hill but it wasn’t as bad as I expected. In fact none of the hills today were all that difficult.

Unlike yesterday’s suburban bike hell that is officially called Prince William County, today’s ride was mostly rural. I was counting on breakfast at a country store about 20 miles into the ride. It was closed. Out came the granola bars.

I ate six. Not exactly fine dining but it kept me from bonking.

I stopped to help a turtle cross the road. I thought of Ultrarunnergirl who did the same on a ride we did a couple of years ago. 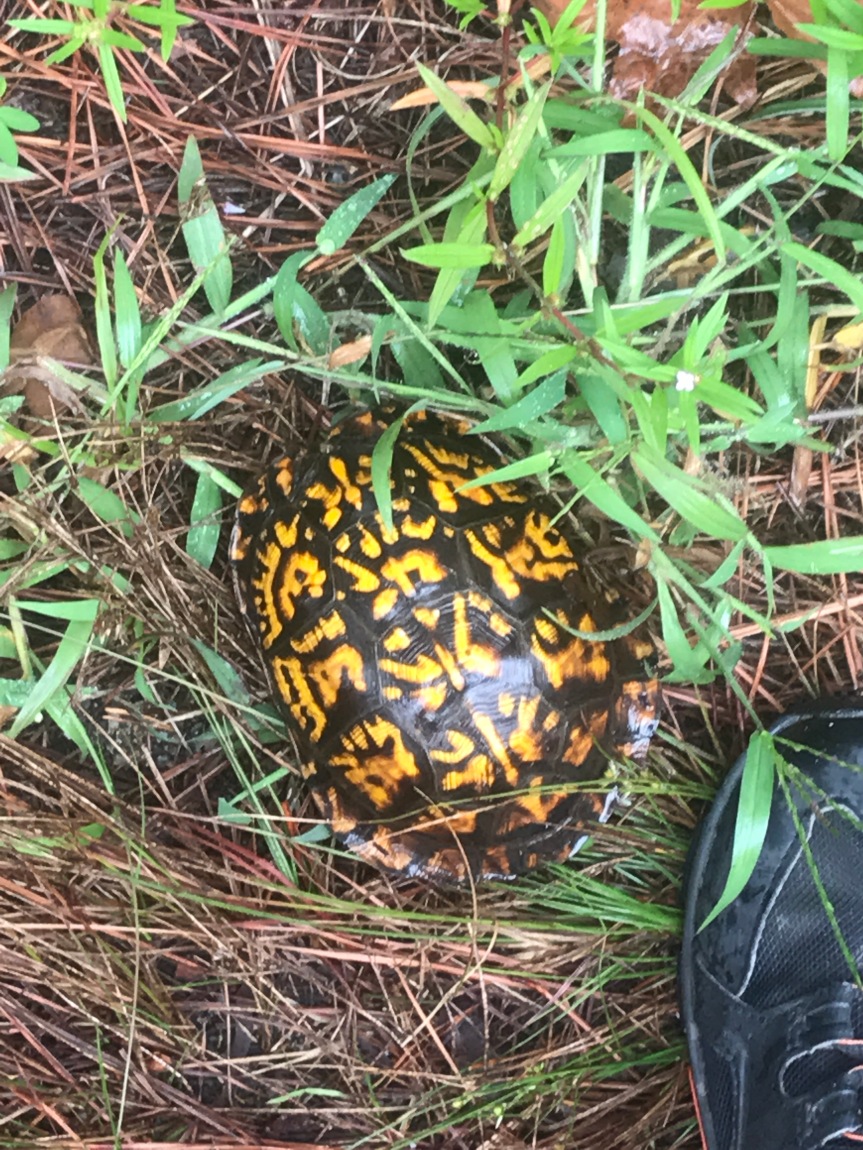 40 miles of farms and field led me to Ashland. Along the way my route US Bike Route 1 overlapped with the transAmerica bike route, US Bike Route 76.  If I took a right I could go to the Pacific! That’s for next year. 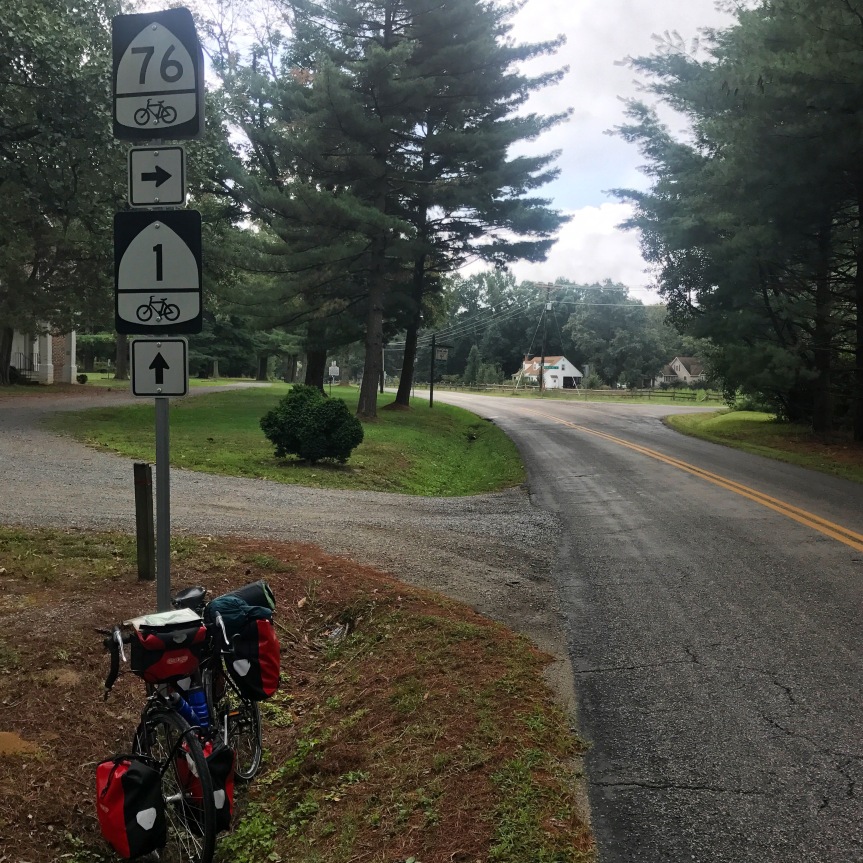 A major east coast rail line goes right through the center of town. The Iron Horse was the first eatery I saw. Good enough. I had a club sandwich. It was big as was the side of slaw. I was tempted by the beers on tap but Diet Coke won the day. The waiter kept me watered too. And he filled my bottles with ice water.

The rest of the ride was straight into Richmond. I could tell when I saw the statue of A.P. Hill in the middle of the road. He was facing south. I rode up and down Monument Street and saw the ludicrously immense statues of Robert E. Lee on Traveller and J.E.B. Stuart with a dramatic cape.

After seeing the capital building and rolling through the location shooting for Homeland, I headed to the hostel. It’s clean and cheapish. They have free laundry and breakfast and in a few minutes popcorn and evening entertainment. I am heading out for  vittles and grog.

Once I got cleaned up I reviewed my route for the next few days. I managed to overlook about 70 miles of my trip so I may be getting to most of North Carolina a day later than planned.