For the last 31 years, I have lived within a mile of US Route 1 in Fairfax County, Virginia. Hereabouts Route 1 is known as Richmond Highway because, prior to the building of Interstate 95, it was the main route between the north and the Virginia state capital.

It has been the armpit of the county for most of the time I’ve lived here, lined with predatory lenders, run down motels from the 1940s (or earlier), trailer parks, a staggering number of truly bad restaurants (including the legendary Dixie Pig barbecue joint), and some rowdy clubs including the long-gone Hillbilly Heaven owned by Dan Ackroid’s in-laws.

For many decades, the county stupidly used the Richmond Highway corridor as a money pit for haphazard development. It became a crime-ridden traffic sewer, a road to avoid. People who live along the highway are disproportionately poor people of color. They rely on buses and shoe leather to get around and a disturbing number of them have paid with their lives trying to cross the six to eight lanes of vehicular mayhem.

In recent years, the county finally realized that this mess could be fixed with some long range planning including dense development and a bus rapid transit line that may one day, long after I am pushing up daisies, morph into a Metro rail line.

A big part of the redevelopment is to turn sections of the highway into mini-cities with mid rise apartments, street level shops, and such. The intersection of US 1 and Kings Highway was one such mini-city. Last week, an apartment and retail building that was under construction there caught fire. The five-alarm blaze burned for hours. It sent up a smoke plume that rivaled that of the Pentagon on 9/11. (I know because I rode under the 9/11 smoke plume on my way home.) The plume showed up on weather radar and extended well into southern Maryland.

The intersection is on the far side of Beacon Hill, the highest point between Richmond and DC. I decided to test my recovery by riding to it.

The ride up the hill proved to me that yesterday’s two-mile walk didn’t affect my recovery adversely. My lungs,on the other hand, could use some work. It’s one tough haul up that beast.

Below are a few pictures of the devastation. The construction site spanned a residential street. Along one side it was attached to a huge concrete parking garage. Note that in Virginia tall residential and mixed use buildings can be stick built above the ground floor. As you can see there is nothing left of the building above its first floor. On the other side of the street, the building is simply gone. Townhouses that were already completed seemed to have survived but they were closed, probably from smoke and heat damage inside. An new apartment complex (not shown) that ran the length of the project also seemed not to have burned but many of its units were boarded up as well. A few single family homes of recent vintage had significant heat damage to their vinyl siding. 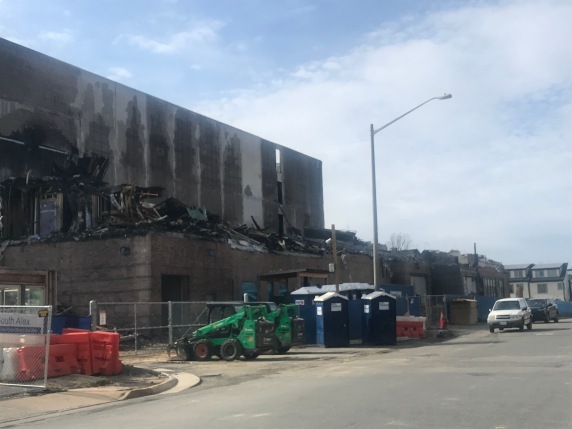 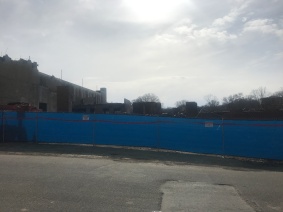 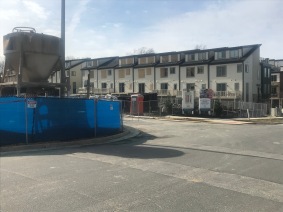 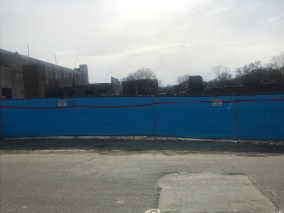 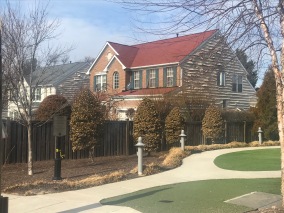 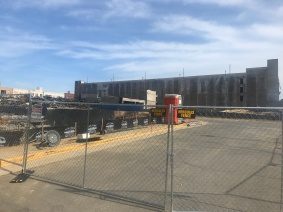 I rode on afterward hoping to give my back a bit of a reprieve from the climb. I meandered north into the Eisenhower Valley, Old Town, and Del Ray neighborhoods of Alexandria city. Then I toured the sound wall along scenic I-395 to the Pentagon and past the 9/11 crash site. There’s a rather interesting memorial at the site but it’s hard to see because the Pentagon is building some sort of secure freight screening facility and there are fences and other obstructions between the highway and the memorial.

My ride took me to the Lincoln Memorial and down the National Mall. Big mistake. The joint was packed with Presidents Day weekend tourists. At a traffic light I chatted with two tourists from Boulder, Colorado. They were on rental e-scooters. They said I was brave to be riding in this traffic. (They’d really freak out during a weekday!)

I made a brief tour of The Wharf where there were hundreds of people milling about. Then I headed back across the river and down the Mount Vernon Trail to home.

The entire trip was 33 miles. Virtually pain free but for the lung sucking I did climbing Beacon Hill.

One thought on “Aftermath”