About this time every year, various local groups hand out free bike lights. It’s like early Christmas for Trail Ninjas. I thought this would begin next week with the end of daylight savings time. I was pleasantly surprised to see people handing out lights at the intersection between the Crystal City connector trail and the Mount Vernon Trail last night. The giveaway was sponsored by the Crystal City Business Improvement District.

Last year at this site the CCBID bike light elves were rousted by the Grinches from National Park Service Police because they didn’t have a permit. This year, a Park Service person was helping to hand the lights out. You could practically hear Whos singing. 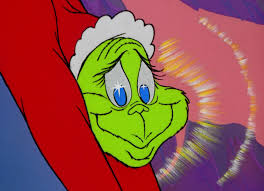 Some time ago WABA started reaching out to the Park Service in the hopes of making it more bike friendly. Looks like it’s working. It probably wasn’t a coincidence that WABA’s Director Greg Billing and Deputy Director Nelle Pierson were on hand for the giveaway last night.

I believe that there are more light giveaways next week. There is one at the Intersection of Doom in Rosslyn on Monday night.

If you already have bike lights, change the batteries this weekend.

I rode my inland route to work today. I was going to work from home but the lack of rain in the morning suckered me in. I took this route because the National Park Service refuses to plow my regular route, the Mount Vernon Trail. The inland route makes us of 3 bike trails in Alexandria City as well as a a trail that runs along the edge of Arlington National Cemetery. All of these trails were plowed and are in good shape.

As usual the ride in was fun. I especially like passing the big back ups of cars at traffic lights and stop signs. (I am careful to keep an eye out for opening car doors and abrupt lane changes when I do so.)

I made it to work with a smile on my face. I didn’t even mind climbing that last annoying hill near the Netherlands Carillon.

In the evening it was raining. I didn’t feel like fighting traffic in Rosslyn to get to my inland route so I headed to the Mount Vernon Trail. It was finally cl

ear all the way home. This is not because the National Park Service, which maintains the trail, shoveled it. It is because nearly all the 20 odd inches of snow melted. This took over a week. Furthermore, one short section of the trail was still clogged with snow except for a narrow path shoveled by a couple of bike commuters.

I made it home without incident but decided that waiting eight days for snow to melt is unacceptable. The Mount Vernon Trail is a major commuter route for hundreds of people. So I wrote to my three members of Congress:

“The Mount Vernon Trail is used by hundreds of bicyclists as a commuter route in the DC area. I have been using it to get to work for over a decade. The National Park Service maintains the trail, but, unlike other local jurisdictions, refuses to plow the trail after snow events. The bicycling community has complained for as long as I can remember and still the Park Service has not lifted a shovel. This past week some bike commuters actually took shovels to the trail to clear spots with particularly large piles of snow. I would like you to please contact the Park Service and tell them to stop making excuses and start maintaining the trail during the winter.

Today the Park Service announced that it is willing to sit down with stakeholders and begin discussions on how to clear the trail next winter. I have a better idea: National Park Service get off your asses and clear the trail this winter. Just as you clear the GW Parkway that runs right alongside it. No more excuses. No more delays. The status quo is simply unacceptable.

If you are a bike commuter in DC, especially if you use the Mount Vernon Trail, please write your members of Congress.

Today was the first bike commute of the year. Yay, me. I rode in after sunrise because I waited for my daughter to leave for the airport before starting out. I was rewarded with a big hug and a relentless headwind. The hug lasted 10 seconds, the headwind lasted 14 1/2 miles.

At lunchtime I went out with some co-workers which is something I rarely do. We went to a Thai restaurant. The last time ate Thai food was 1980. I kid you not. The 1980 Thai food was fire in my mouth. Today’s was much tamer. It was good but it didn’t stick to my ribs.

One the way to the Thai restaurant a co-worker pointed out a garage with a historical marker. It’s where Bob Woodward met “Deep Throat” during the Watergate scandal. This marker is within 100 yards of a marker commemorating the begining of the ARPA net, the precursor to the Internet. Who would have thought that lousy Rosslyn is the home of two incredibly important events in recent history?

During the day a friend announced that she is going on a vacation for a couple of weeks. She doesn’t currently have a job.  Hmmmmm…….

When I left work there was still some daylight. Yesss!

Then I got to the Custis trail and it had been sprayed with de-icer.  Way to go Arlington County!! Of course, when I got to the Mount Vernon Trail it was untreated because it is under the jurisdiction of the National Park Service. Boo, NPS!!

The ride home was a breeze. Literally. The morning’s headwind was now at my back and the riding was effortless. Passing over Four Mile Run I noticed that Arlington County had treated the Four Mile Run Trail too. Yay, again.

Tomorrow we expect the first snow fall of the season. As luck would have it I have an appointment with my acupuncturist so I am driving to work. Barring a medical miracle it will be the last. The treatments are having no effect at all. Even my arm is starting to hurt again.

And Wednesday promises to be brutally cold. I am going to miss the fun of bike commuting because I need my car to get to an early evening event in McLean.

I plan to be back in the saddle (if the Mount Vernon Trail is clear) on Thursday.